Some Inspiring Reading Before Your Weekend Starts…

Just wanted to share two great reads with you… 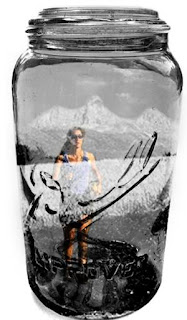 A beautiful article by my friend Jennica…
http://rexburbia.com/2009/04/23/jar-full-of-memories/ 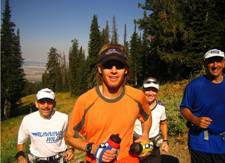 And wonderful words of gratitude received from the Dreamchasers MDS 2009 family…
http://www.dreamchaserevents.com/news/2009/04/15/thanks-jay-batchen/


Have a great weekend everyone!

A Breif Chat with Michael Wardian

By Peter VigneronPhotos supplied by Mr. WardianMichael Wardian, 34, of Arlington, Virginia, is running Monday's Boston Marathon. Wardian recently finished 8th at the Marathon Des Sables, a 150-mile ultramarathon through the Sahara Desert in Morocco. Wardian is a famously prolific road runner and raced over 50 times in 2008. He is an eight-time Boston finisher, and last month ran the Shamrock Marathon in Virginia Beach and the National Marathon in Washington, D.C. on consecutive days. Wardian's fastest marathon is 2:21:37 from Shamrock in 2007. He works full-time as an international shipping broker and is sponsored by The North Face, Power Bar, Moeben Sleeves, and MarathonGuide.com.

"I'm unbelievably grateful," Wardian says. "If you want to put any of that in the article that would be terrific."
You got back from Marathon des Sables 10 days ago? Or two weeks ago?

On the Ellen show, Sheryl Crow said this is what caused her breast cancer. It has been identified as the most common cause of the high levels of dioxin in breast cancer tissue.
Sheryl Crow's oncologist told her:

This information is the kind we need to know that just might save us! Use a stainless steel canteen or a glass bottle instead of plastic!LET EVERYONE WHO HAS A WIFE / GIRLFRIEND / DAUGHTER KNOW PLEASE!This information is also being circulated at Walter Reed Army Medical Center

No plastic containers in microwave.
No water bottles in freezer
No plastic wrap in microwave.
A dioxin chemical causes cancer, especially breast cancer..
Dioxins are highly poisonous to the cells of our bodies.
Don't freeze your plastic bottles with water in them as this releases dioxins from the plastic. Recently, Edward Fujimoto, Wellness Program Manager at Castle Hospital , was on a TV program to explain this health hazard.

He talked about dioxins and how bad they are for us.
He said that we should not be heating our food in the microwave using plastic containers...
This especially applies to foods that contain fat.He said that the combination of fat, high heat,=2 0and plastic releases dioxin into the food and ultimately into the cells of the body....

Instead, he recommends using glass, such as Corning Ware, Pyrex or ceramic
containers for heating food.. You get the same results, only without the dioxin.So such things as TV dinners, instant ramen and soups, etc., should be removed from the container and heated in something else.

Paper isn't bad but you don't know what is in the paper.
It's just safer to use tempered glass, Corning Ware, etc.
He reminded us that a while ago some of the fast food restaurants moved Away
from the foam containers to paper. The dioxin problem is one of the reasons...
Also, he pointed out that plastic wrap, such as Saran wrap, is just as dangerous when
placed over foods to be cooked in the microwave. As the food is nuked, the high
heat causes poisonous toxins to actually melt out of the plastic wrap and drip into the food.
Cover food with a paper towel instead.
This is an article that should be sentTo anyone important inYour life!
Posted by Lisa Smith-Batchen at 6:12 AM 6 comments:

The 2009 MDS has come to an end. As I write this post we are still waiting for some runners rankings to be posted.

This years race was cut 2 days short due to unimaginable weather that hit the Sahara desert. I can't wait to talk to Jay and many others in person about there experience. The Marathon Des Sables is one of the most amazing races in the World, no wonder there is a very long waiting list for 2010. This races brings people together from all over the World, from all walks of life. They come together to do the same thing, to do one thing, complete one of the toughest foot races on earth.

Most all of the Dreamchasers completed there journey, a few were forced to withdraw. This is unfortunate but this happens to the best of the best. Lachen who has won the race 10 times withdrew on the 3rd day. In my eyes this takes a real champion to know when enough is enough and that there will be another race to run in the near future. Stepping up to the starting line takes time, dedication, desire and commitment. Anyone who toed the line of the MDS is a champion just for getting to that point. To all of you who crossed the finish line and to those who did not I hope you do know that you are ALL winners, we are so very proud of you.

Here is the link to the page on the MDS web site for you to go and check all the information on the last stage. 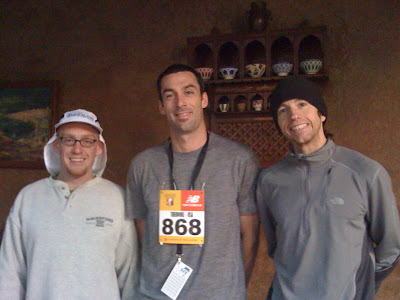 Mike, Ted and Bryon
Our Dreamchaser team of Mike, Ted and Bryon came in 2nd overall in the team division.
This is the first time in the history of the race that the Americans will stand on the podium!
Way to run guys...one amazing race! 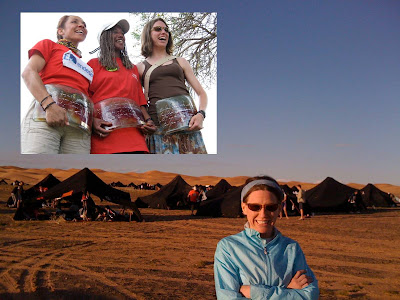 Meghan Hicks
Meghan Hicks was the 2nd women overall, she ran an amazing race..strong and focused..we are so proud of you girl. 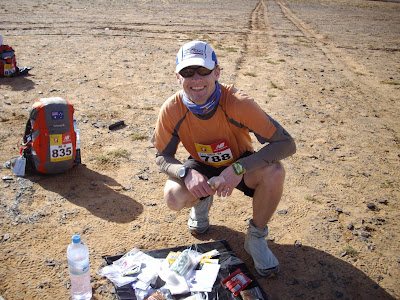 Jay
Our Jay Batchen was the 4th American Male...wow Daddy Jay...we can't wait for you to come home. 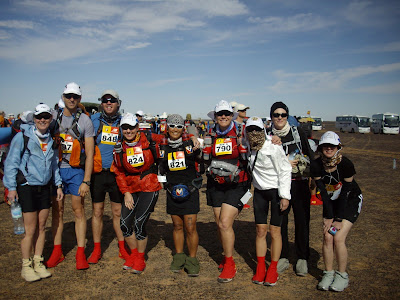 The Whole Gang
Colleen, Tess, Art, George, Connie, Jane, Kerri, Terry, Anton, Becky, Elizabeth, Alisha, Ineke, Julie, Bill.....and to all of you...Way to go. We hope you will post some comments so all the others can find out about your race.

Thanks to all of you for the emails....it was a joy to answer your questions.
RAY ZAHAB is coming to the Tetons
http://www.rayzahab.com/
http://lisasmithbatchen.blogspot.com/2009/03/meet-ray-zahab-in-july.html

Ray will be our guest coach for our July Training camp...
We only have 5 spots left.
If you want to come to camp...email me at lisa@dreamchaserevents.com

I leave you with this:
“Our deepest fear is not that we are inadequate. Our deepest fear is that we are powerful beyond measure. It is our light, not our darkness that most frightens us. We ask ourselves, who am I to be brilliant, gorgeous, talented, fabulous? Actually who are you not to be? You are a child of God. You playing small does not serve the world. There is nothing enlightened about shrinking so that other people won’t feel insecure around you. We are all meant to shine, as children do. We were born to make manifest the glory of God that is within us. It’s not just in some of us; it’s in everyone. And as we let our light shine, we unconsciously give other people permission to do the same. As we are liberated from our fear, our presence automatically liberates other.”
--By Marianne Williamson
Posted by Lisa Smith-Batchen at 4:17 PM 4 comments:

What and why some are running the MDS and the LONG day at MDS!!! 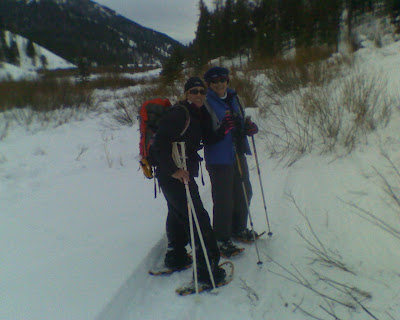 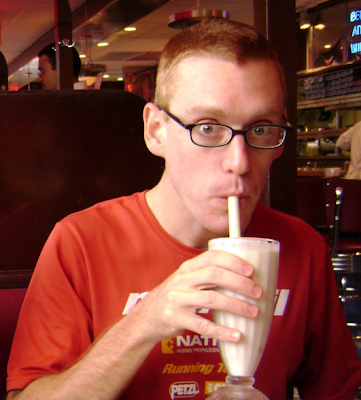 Above! Our own Colleen Woods and Teresa!
Colleen is running and raising money for Aids Orphans Rising!!

Byron Powell is run for
Village of Hope
http://www.voh-ainleuh.org/

Below is Dreamchaser Anton who is running his 1st MDS!! 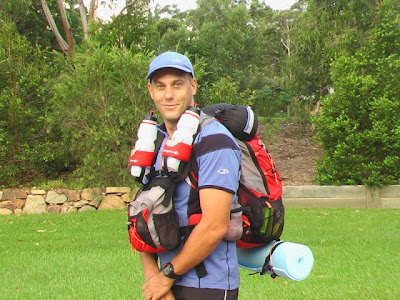 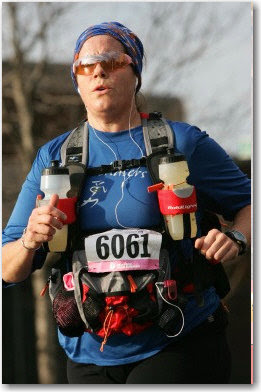 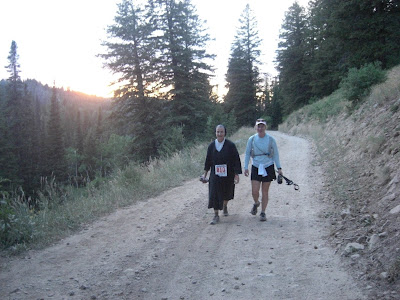 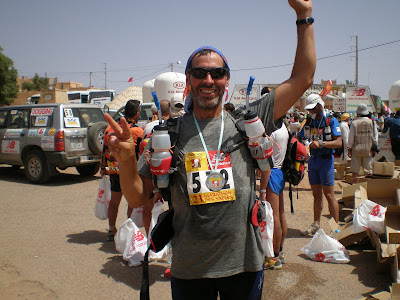 Terry Madl! Last year at the finish line of the 2008 MDS. This year so far he is way ahead of last year:)

Kerri Elfvins is running for the Jacksonville Humane Society!!! She is already over her goal:)
http://www.firstgiving.com/kerrielfvin 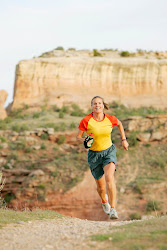